Protecting the Integrity of the Vote 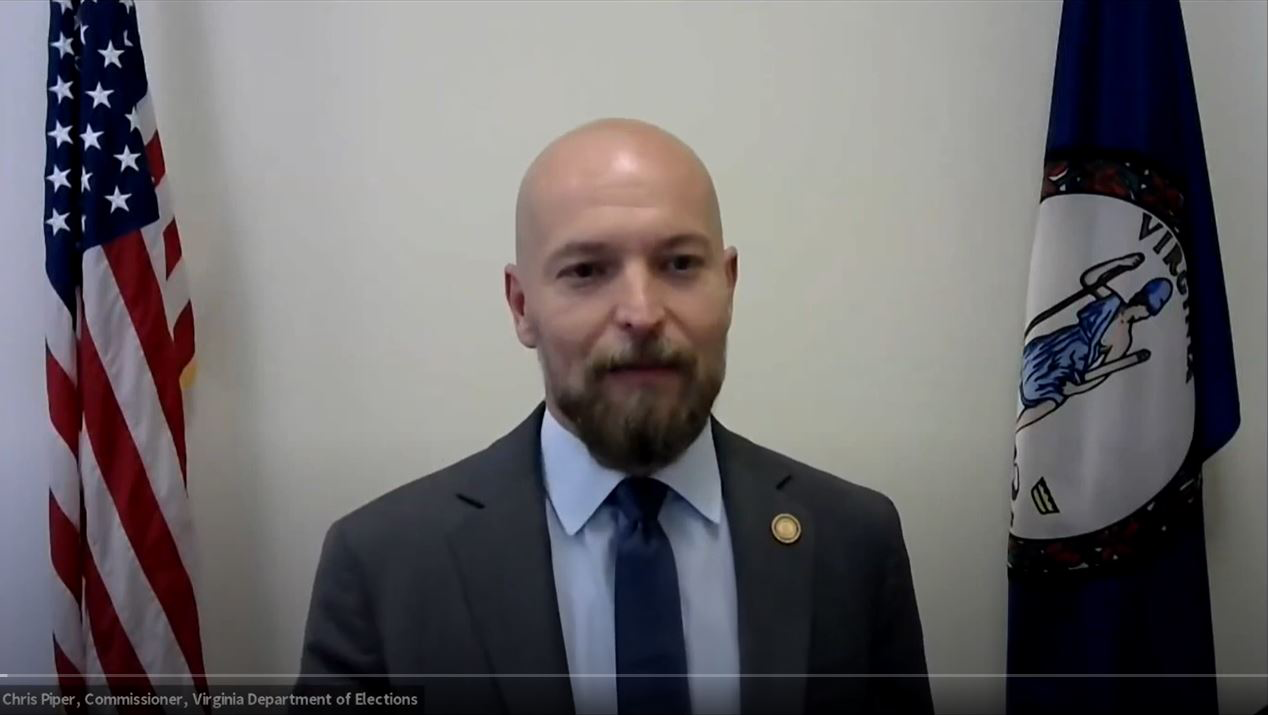 A large portion of ballots will already have been cast in Virginia by the time Election Day rolls next week, after a record turnout for early voting that has featured long lines outside some polling stations and mail-in ballots coming in by the thousands per day.

“Virginia has over 1.5 million voters who have already cast their ballot ahead of this year’s Presidential election,” said Virginia Department of Elections Commissioner (VDEC) Chris Piper.

Piper (B.A.'01/H&S) was the featured guest at “Protecting the Integrity of the Vote,” the latest installment of the Wilder School’s Alumni Lunch and Learn Series held on October 21. The event delved deeply into the Nov. 3 election, voter advocacy and how the agency is working to expand voter access.

Piper began his career in elections shortly after receiving his political science degree from Virginia Commonwealth University, when he snagged a role as manager of a large trade association’s federal PAC. He later led the Virginia State Board of Elections Campaign Finance division before being appointed commissioner of the VDEC in 2018.

“I was very excited about elections from a very young age, but VCU fostered all of that.”

Piper addressed the ongoing concerns behind the security and protection of the election and voters.

“We were all worried about the security of our elections. Every single state was targeted by Russia and that scared all of us. We have been working very hard over the past four years to address any issues that came up,” said Piper.

“We’ve done a lot of work to address those issues. We all vote on paper ballots. Paper is the most perfect record we can have. We have the paper ballot to go back to and can ensure the will of the voter by utilizing the paper ballot,” he said.

Piper took the opportunity to recognize the numerous state and local professionals, cyber professionals, USPS, volunteers and citizens whom he and his team meet with on a daily basis to address threats to election security.

He said that while younger people are not showing up to vote as much as their elders, the current rate of voter turnout has increased substantially across all segments since 2016.

Why? Piper thinks this can be attributed to the commonwealth’s work to meet voters where they are.

“We talked to other states and decided in Virginia to move to a multiplatform system and expanded the ability for people to vote in several ways and in whatever way they feel comfortable,” said Piper.

He noted that voters can request an absentee ballot by mail and send it back by mail as well as have it tracked to ensure its delivery. Early in-person voting is also available at the registrar’s office and throughout the Commonwealth. Voters can also take the ballot to a satellite location or to the polling place on election day.

“Voters can go early. It’s very much so like election day, but rather at your time and day of your choosing. And of course, you can vote on election day in a safe way.”

Piper also noted the hesitation of voters due to the COVID-19 pandemic and the safety measures and precautions that have been put into place such as monitoring for people who have symptoms, offering curbside voting, and providing PPE to all election officials such as gloves and hand sanitizer.

Although the pandemic has been a concern for many, there has also been an increase in volunteers.

“We have over 20,000 ppl stand sign up to be election officers this year,” said Piper. “The younger generation has really stepped up. It’s been an inspiring moment.”

Piper’s passion for his work and colleagues on the frontlines of the effort to ensure that every citizen has the opportunity to vote was evident.

“Elections are conducted by your friends, family and neighbors. We are dedicated people trying to secure your vote and working hard every day to ensure the integrity of the election. I think that is the most critical thing you can remember,” he said.

“We want you to know that you matter and that your vote matters.”