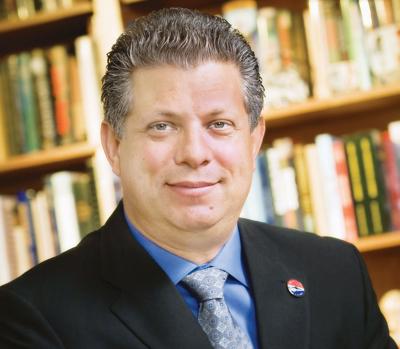 Francis Gary Powers Jr., is the author of “Spy Pilot,” a new book that examines the life and experiences of his father, a famous Cold War pilot who was shot down by the Soviets and subsequently interrogated, tried and imprisoned.

The son of the most famous Cold War pilot, Francis Gary Powers, Sr., who was shot down in a U-2 spy plane over the Soviet Union, will address students during a live talk at the VCU Wilder School at 7 p.m. on Monday, March 11.

In 1960, Francis Gary Powers, Sr. was shot down by the Soviets and subsequently interrogated, tried and imprisoned. The incident famously raised tensions between President Dwight D. Eisenhower and Soviet Premier Nikita Khrushchev days before a summit between the two was set in Paris.

Powers was eventually released in a spy swap that was the subject of the Steven Spielberg film, “Bridge of Spies.” His son, Francis Gary Powers, Jr., is the author of “Spy Pilot,” a new book that attempts to dispel the misinformation surrounding Powers and the U-2 incident.

Powers, who is the founder and chairman emeritus of The Cold War Museum in Warrenton, Va., will present as a guest lecturer for students in a course led by Maureen Moslow-Benway, an assistant professor in the Homeland Security and Emergency Preparedness program at the VCU Wilder School and the faculty advisor for the VCU Chapter of Eta Lambda Sigma, the official sponsor of this event.

The talk, which is free and open to the public, will be held in the Raleigh Building, B001, located at 1001 W. Broad St.

This is the second book for Powers who is also the author of “Letters from a Soviet Prison.” He is a board member of the Strategic Air Command and Aerospace Museum and an honorary board member of the International Spy Museum in Washington, DC. Powers lectures internationally and has appeared frequently on C-SPAN, the History, Discovery and A&E Channels.