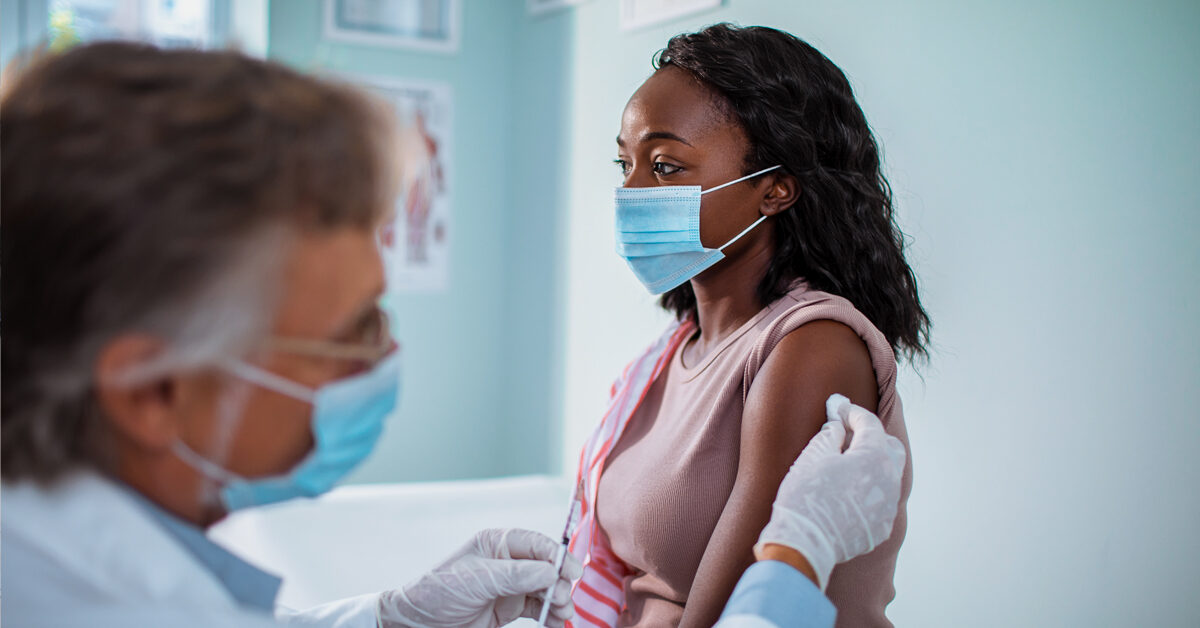 New VCU Wilder School poll shows that African Americans are more likely to vaccinate their children and report favorable views of how elected officials have handled the pandemic in comparison to whites.

RICHMOND, Va. (July 1, 2021) — While Virginia has now surpassed the 70% mark for vaccinations among adults, there are significant differences among racial and ethnic groups regarding willingness to get the vaccine, according to the new statewide vaccine poll conducted for the Virginia Department of Emergency Management by the Research Institute for Social Equity (RISE) at the L. Douglas Wilder School of Government and Public Affairs at Virginia Commonwealth University. 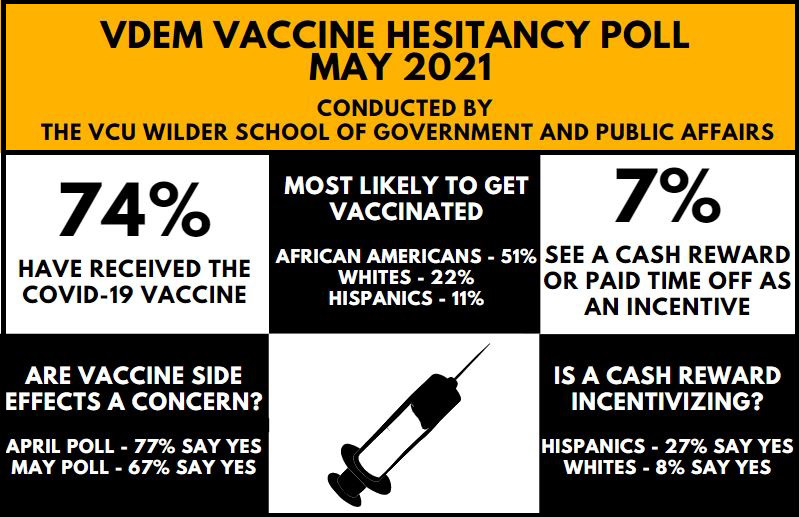 Compared to the April poll, there has been a marked decrease in concern regarding vaccine side effects (77% vs. 67%) and concern about how well the vaccines work (44% vs. 37%). Other reasons for not getting vaccinated include concern over how quickly the vaccines were developed and tested (72%) and a belief that the vaccine is not needed (43%). Approximately 7% of respondents indicated that receiving a cash reward or paid time off work would increase their willingness to get vaccinated while only 3% said a gift card would influence their willingness to get the COVID-19 vaccine. Though few respondents found a cash reward to be incentivizing, those who were the most incentivized by this reward had a family income of $100,000 or more (15%). Hispanic respondents (27%) were three times as likely as white respondents (8%) to find a cash reward incentivizing.

“Objective and relevant observation of the effects of race in American society is displayed by these poll responses. These data can be used to address the systemic and recurring effects in fostering the role of government,” said former Gov. L. Douglas Wilder.

Parents’ willingness to vaccinate their children

Respondents were mostly favorable when asked about the effectiveness of their state and local leaders at providing answers and information to the public regarding COVID-19. They were most favorable of Gov. Ralph Northam (61%) and the state health director (56%). The majority also rated their locally elected officials (54%) positively.

Race influenced the ratings regarding the communication response during COVID 19. With respect to Northam, Asian (80%) and African American respondents (78%) were most favorable of the communication response of COVID-19 followed by Hispanic (75%) and white respondents (63%) respondents. Political affiliation also had a strong impact on ratings for elected officials with respect to how effective they were communicating to the public about COVID-19. For all state and local leaders, respondents who identified as Democrat provided the most favorable ratings.