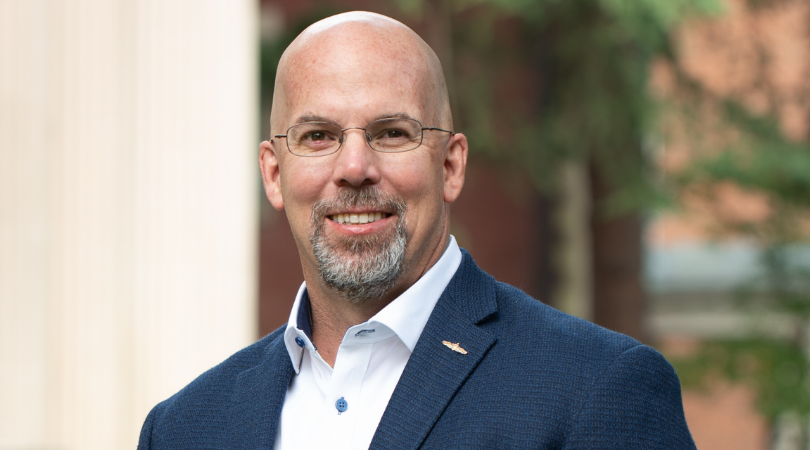 Wilder School graduate Chris McIntosh (M.A.’14/GPA) was selected as a 10 Under 10 honoree by the VCU Office of Alumni Relations.

Wilder School graduate Chris McIntosh (M.A.’14/GPA) was selected as a 10 Under 10 honoree by the VCU Office of Alumni Relations. The 10 Under 10 awards program recognizes the noteworthy and distinctive achievements made by alumni who earned their first VCU degree (undergraduate, graduate or professional) within the past 10 years.This is the most-diverse class of awardees ever, and includes two veterans, five entrepreneurs (including two business partners sharing an award), alumni of nine different colleges and schools from six graduation years, and seven honorees who are from minority populations.

If there’s a disaster, call Christopher McIntosh. Better yet, call him before it strikes. As CEO of Bent Ear Solutions, his job is to help organizations prepare and respond to emergencies using sophisticated technology tools.

His mission, he says, can be summed up as “making the world a safer place.” Practically speaking, that means “addressing the connection between the technology and the people who actually need to use it to make decisions.”

McIntosh founded Bent Ear, based in Alexandria, Virginia, in 2018, but he’s had a long history of service and innovation, spending nearly 10 years in the U.S. Navy. Since leaving the military, he worked, among other positions, at the state Department of Emergency Management, where he developed a system since adopted by other states; led strategy for the state’s public safety and digital communications systems, while he was working on his master’s in homeland security and emergency preparedness at the VCU Wilder School; and spent four years at ESRI, a top global geospatial tech company.

He credits the collaborative approach of his degree program for shaping his successful business and notes that the diverse population at VCU — “which you don’t find everywhere” — broadened his perspective. That, in turn, continues to nurture his creativity and innovative spirit. “It's been really helpful in my career to be able to step back and look at something from another point of view because that’s often where you'll find the solution to the problem.”

He’s especially proud that his business “actually helps people solve real-world issues.” Lately, that’s included the very real-word issue of the COVID-19 pandemic, which has affected almost all of his clients in one way or another. His company has responded with a variety of approaches to suit the situation, such working to develop products to monitor the spread of the disease or solutions to help open government facilities and acquire PPE.

The company recently created a tool to allow large groups to collaborate, combining social distancing and online options. “We took the technologies available and applied them to that problem quickly in a way that’s never been done before. Now that might be the new way of doing things. It worked so well.”

Meanwhile, he continues to give back to his alma mater. He recently joined the VCU Office of Alumni Relations’ Recent Graduate Council and is an active and engaged mentor to current students. “The transition from college to your first job in your career is super important. I Iike to help people through that any way I can, whether it’s advice or placement or references.” He serves as a guest lecturer at the Wilder School, giving back, but also paying it forward “so that future industry leaders are better prepared.”

The live virtual ceremony will take place at 5:30 p.m. Oct. 15 to recognize them. Register here.