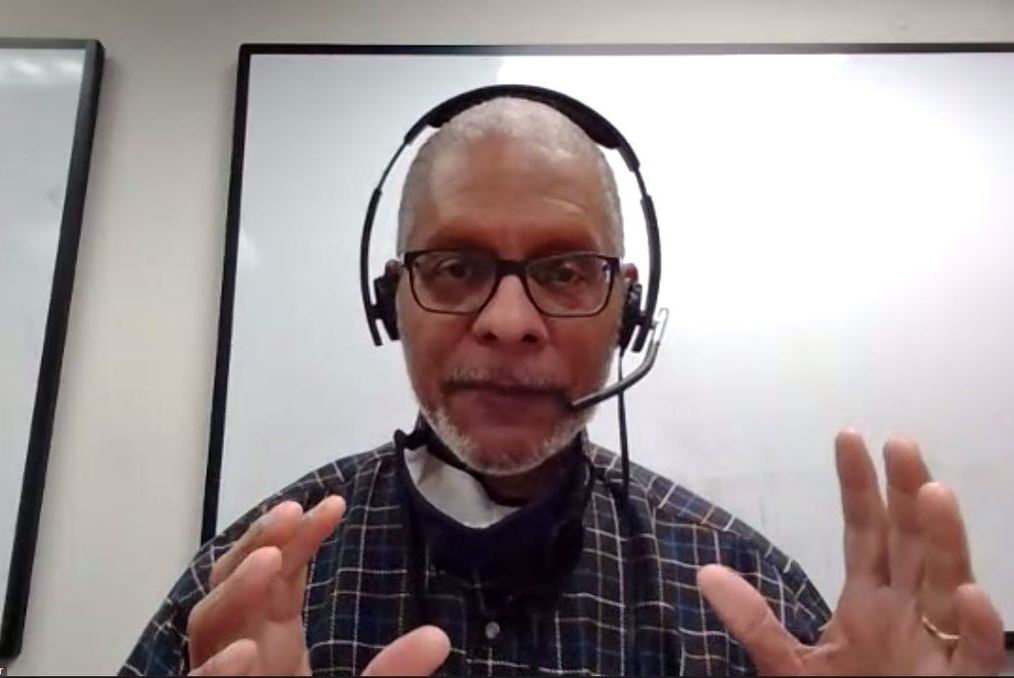 The Alumni Lunch and Learn series featured M. Norman Oliver, who said the state is in a race against the two new COVID-19 variants.

At a virtual event hosted by the L. Douglas Wilder School of Government and Public Affairs at Virginia Commonwealth University on Wednesday, Virginia Health Commissioner M. Norman Oliver, M.D., had an important message: The pandemic is still here.

“We’ve been dealing with it for more than a year and I know that many of us are feeling a lot of fatigue, wishing that it was over,” Oliver said. “But the virus is still out there.”

“We’re averaging somewhere around 1,500 new cases every day,” he said. “You will remember that back in April and May of last year, we were all completely freaking out practically about that number of cases. We’re still there.”

In addition to the new cases Virginia is seeing every day, there are also virus variants that are emerging, including two of particular concern: the South African variant, or B.1.351, and the U.K. variant, or B.1.1.7.

“Last time I looked, we had about 20 cases of that [U.K.] variant,” Oliver said. “But viruses are sort of like cockroaches. If you see 20 of them, there’s a million of them behind elsewhere. So, we suspect that it’s actually pretty widespread in the commonwealth and various models would indicate that the U.K. variant could become the dominant variant in Virginia.”

The state is in a race against the two variants, he said, both of which are more transmissible but do not cause more serious illness.

“I say we’re in a race because the longer that the virus has a chance to spread and mutate, you run the risk of having a variation that is more deadly or causes more serious illness,” he said. “So we’re in a race to vaccinate people before that happens. Get everyone vaccinated so that there’s nowhere for the virus to live, and that will put an end to the pandemic.”

Three vaccines — Pfizer, Moderna and Johnson & Johnson — are now being administered in Virginia, and all have been proven to be safe and effective means of protecting people from getting serious illness, hospitalization and death from COVID-19.

“We have been vaccinating as quickly as we can. Initially the supply of the vaccine was pretty scarce but that’s been building up,” he said. “We’ve fully vaccinated now more than a million people in the commonwealth.”

Initially, Virginia was receiving around 100,000 doses of vaccine per week. That has now grown to 115,000 doses per week, and the supply is increasing.

Don’t worry about which of the vaccines to get, Oliver said. All are safe and effective. “The best vaccine you can get is the one that gets into your arm,” he said.

In addition to more supply, more channels are being added for people to receive the vaccine. More pharmacies are being added, including at grocery stores Wegmans and Harris Teeter in the past week. Community-based health care providers will soon be delivering more vaccines to patients. And this week, Virginia set up three community centers that can vaccinate between 1,000 and 6,000 people per day. An additional 13 community vaccination centers will be established around Virginia in the next several weeks.

More people will become eligible for the vaccines very soon, too, Oliver said.

“We are going to probably saturate [Virginia’s] phase 1B population, I would say, by mid-April at the speed that we’re going now with increased numbers of doses. And what’s left of 1C is just a group of other essential workers, and that’s a relatively small number — 500,000 or so — that we will go through in a couple weeks at most. … President [Joe] Biden said that he wants all adults to be eligible by May 1. I actually think we’re going to hit that.”

At the center of the state’s battle against COVID-19, Oliver said, have been concerns of equity and a recognition of the disproportionate impact of the pandemic on communities of color.

“I believe that we have done fairly well in terms of ensuring equitable response to the pandemic, but we have a long ways to go and we’re ramping that up as I speak,” he said.

While there has been much discussion of hesitancy about the vaccines among Black and Latino people, Oliver said it is really more a problem of access.

For anyone concerned about the vaccines, Oliver said it is important to listen to their concerns and to provide factual answers and evidence showing that the vaccines are safe and effective.

“I think it’s a completely reasonable thing if someone walks up to you with a needle full of something and they say, ‘I want to shoot this into your body.’ If you say, ‘Wait a minute. I want to think about it. I have a few questions,’ that’s reasonable. And I think that’s the attitude we need to take: People have questions about [the vaccines]. We need to answer the questions. … I think when you do that, you can convince a lot of people that [being vaccinated is] worth doing.”

Faith and community leaders will play an important role in persuading people to be vaccinated, he said.

Oliver was asked about recent surveys that have indicated that Republicans are more likely to be skeptical of being vaccinated. Political leaders will also be key, he said.

“I want to give a shout out to President [Donald] Trump, who finally came out and told his supporters yesterday that they should get vaccinated,” he said. “I think that will have far more impact on the Republicans who are [skeptical].”

“It’s important,” Oliver added. “Because we need somewhere around 75% to 80% of the adult population to get vaccinated to stop this pandemic.”