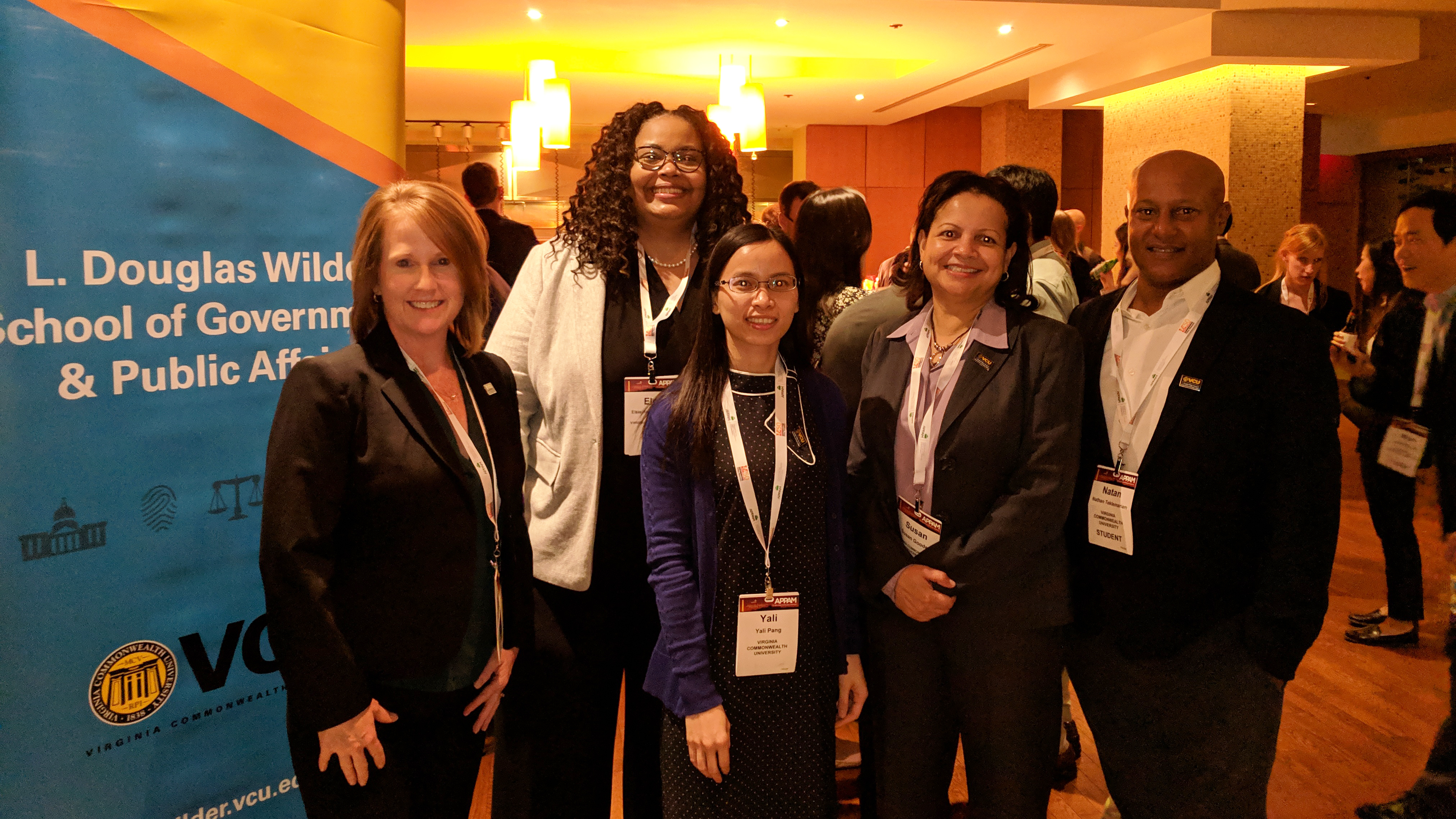 A perennial favorite, APPAM brings together researchers from an array of disciplines, as well as practitioners and policymakers to share their insights on important current and emerging policy and management issues. This year’s conference was held November 8-10 and was the largest assembly in the association’s history with over 2,500 participants. Sessions focused on improving programs and policies by engaging with evidence throughout the policy analysis and management process.

Doctoral students from the Wilder School were also among those prominently featured at APPAM. Marta Squadrito presented a compelling poster session on diversity management, examining inclusion as a driver of performance for women in the workplace.

And, for the first time in APPAM’s history, two graduate students from the Wilder School—Yali Pang and Nathan Teklemariam—were among 40 students selected nationally to participate in APPAM’s Diversity and Inclusion Fellows program from VCU and within a single year. Selection as a Diversity and Inclusion Fellow is a prestigious appointment and rarely includes multiple recipients from the same institution. Fellows receive travel support, exclusive mentorship and networking opportunities at the event and throughout the year. Pang and Teklemariam were also honored during a special luncheon held on November 9.

The Wilder School also elevated its presence at the conference as an exhibitor at the Ph.D. Fair and as a sponsor and host of APPAM’s Student Mixer. While both events were well attended, the mixer was an overwhelming success. Gooden spoke at the event, which far exceeded previous attendance. Nearly 200 current and prospective students gathered to mingle with the Wilder delegation.