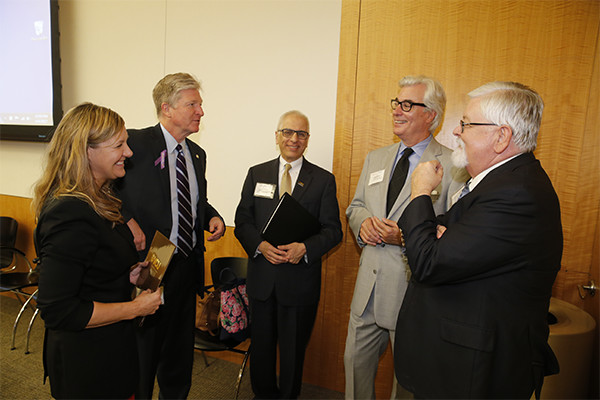 Technological change, the growing export market and the importance of workforce development emerged as the key themes of the conference. 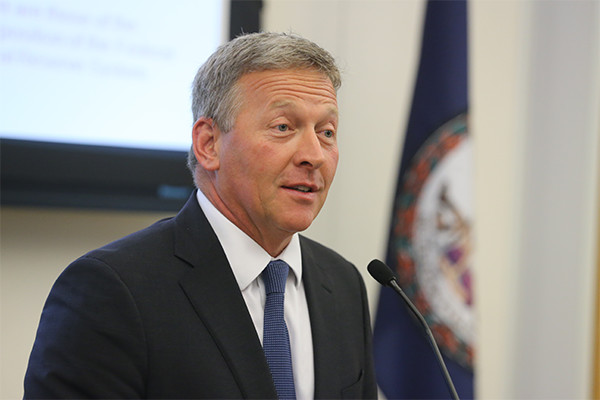 Virginia FREE Executive Director Chris Saxman gives opening remarks. “Exports play an important role in the new Virginia economy, and we have to diversify it even more,” said Todd Haymore, Virginia Secretary of Commerce and Trade. ”There’s still an over-reliance on federal spending.”

Basil Gooden, Virginia Secretary of Agriculture and Forestry, said his office is focusing on the nexus between economic development and agriculture.

‌“The future of farming belongs to those who can embrace technology and innovation,” he said, calling those who blend innovation and entrepreneurship “agri-preneurers.”

The Wilder School is playing a lead role in the Metro Richmond Exports Initiative, which grew out of the need to explore long-term sustainable economic development strategies to create jobs and new capital investment.

The Wilder School worked with the Greater Richmond Partnership, Virginia’s Gateway Region, JPMorgan Chase and the Virginia Economic Development Partnership and received input from hundreds of businesses and local, regional and state officials.

The initiative seeks to increase export success of small and medium businesses by 40 percent by 2020, said Greg Wingfield, senior fellow at the Wilder School. “This provides a roadmap to monitor and benchmark our progress.”

Virginia’s urban crescent, which stretches from Hampton Roads through Richmond to Northern Virginia, “has the lion’s share of the state’s estimated job vacancies,” he said, with growth also in Charlottesville, the Shenandoah Valley, Blacksburg, Roanoke and Danville.

“You need to understand the supply of, and demand for, workers, and to also understand the data, especially the reasons why 60 percent of the vacancies are deemed by employers moderately to very difficult to fill,” he said.

Sonya Waddell, a regional economist at the Federal Reserve Bank of Richmond, gave an overview of the Virginia economy with a focus on labor market trends. Hobey Bauhan, president of the Virginia Poultry Federation talked about the economic conditions facing his industry.

Better integration between schools and students and the local economy is critical to ensure that businesses have the trained and educated workforce, VAFREE , they need, said James Quigley, chief executive officer and cofounder of Canvas, a software company in Reston. 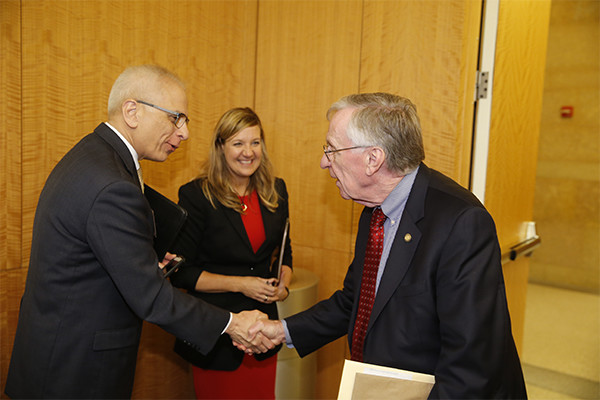 It’s also important to engage the economy and set measurements, as well as create innovation districts, he said. Austin, Texas, is an example of a city that’s embraced innovation and developed a long-term plan.

“The rate of change has never been faster,” Quigley said. “In a time of abundant change in technology, we need abundant education.”

Technology is transforming the way Newport News Shipbuilding constructs what Stephen Haner described as “the two most complicated machines in the world, nuclear submarines and aircraft carriers.”

Haner, who is the state Capitol lobbyist for Virginia’s largest industrial employer, described the move the company is making to a digital environment where designs and work orders are entirely electronic and employees study construction problems in 3-D models the foremen are taking on their tablets out on the job site.

The change will have an impact on the mix of new employees hired as the company ramps up to respond to a potential expansion of the fleet, with an increased need for the talented young IT professionals that just about every other growing employer also wants, he said. “A question we ask is, can we get them to come to Newport News?”

Less than half the public thinks Virginia is doing a good or excellent job at attracting new businesses to the commonwealth, and the majority of respondents were willing to pay more in taxes to keep funding for workforce training and development at current levels.