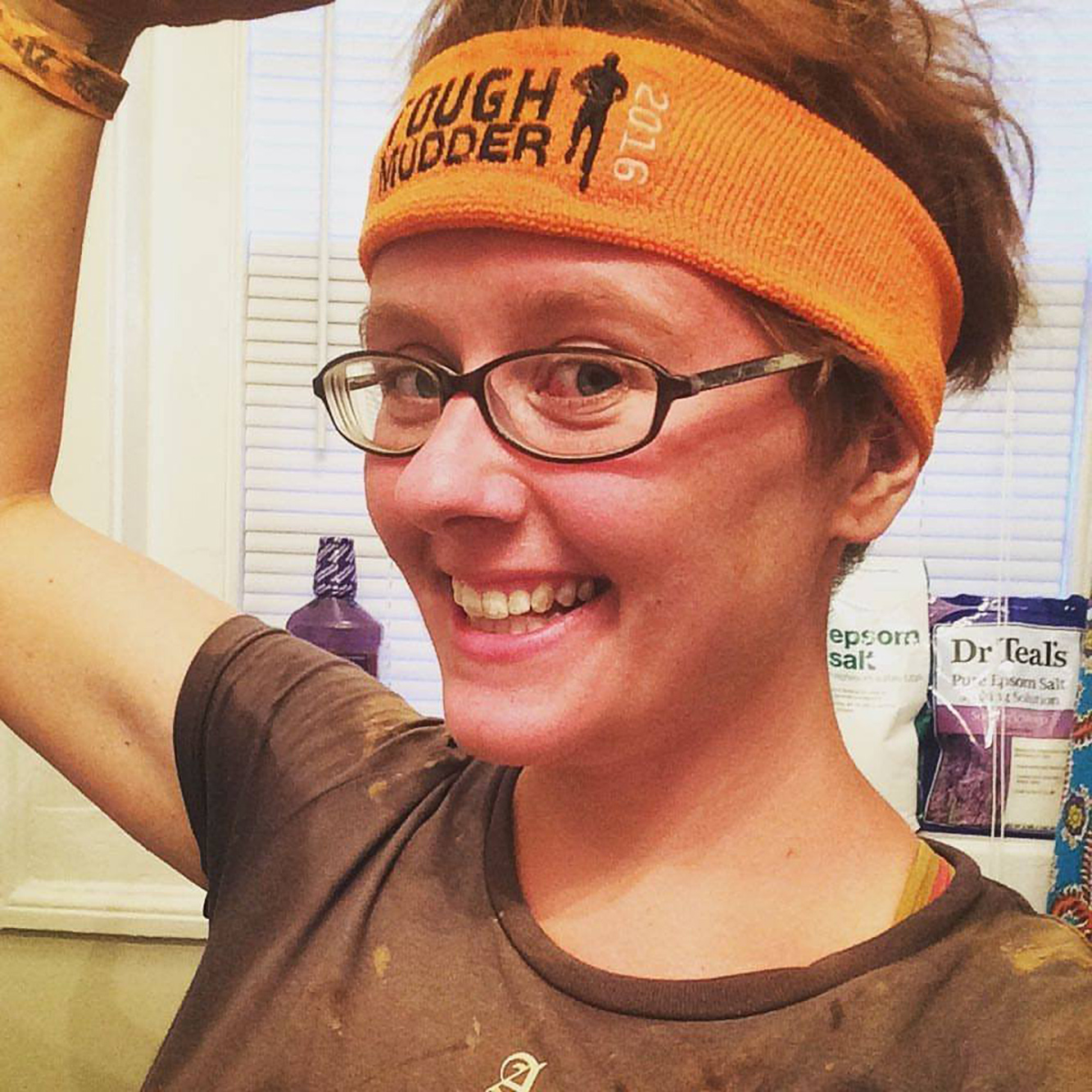 Danielle Shutt celebrates with a smile following the completion of the Tough Mudder Obstacle Course on June 11.

When Danielle Shutt, a Lynchburg-born poet, artist and competitive runner, is not preparing for her next marathon or crafting her first manuscript, she is hard at work at Virginia Commonwealth University—where she spends her days as a fiscal officer for the Wilder School’s Center for Public Policy (CPP).

Shutt—who holds an M.F.A. in Creative Writing from Eastern Washington University and has been published in literary journals such as Hayden’s Ferry Review, The Journal, Redactions: Poetry and Poetics, PANK, Copper Nickel, Diagram and Hotel Amerika—acknowledges that she is drawn to subjects that others may find intimidating. 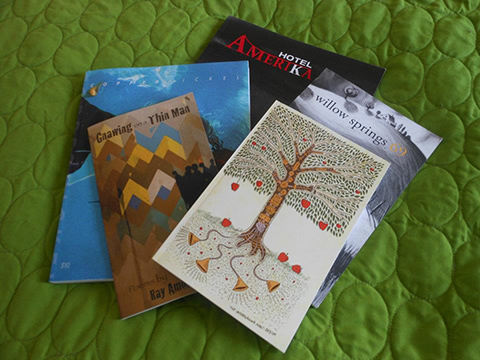 “Whether it is poetry or finance, I definitely gravitate towards topics that people may be nervous or fearful about. Then, I enjoy working to dismantle those preconceived notions,” said Shutt.

For Shutt, the link between verse and figure is clear.

“In poetry, we use language and in finance we use numbers, but in both cases the goals are similar: to tell a story that makes meaning of the environment in a way that comes alive for the audience. At the Wilder School, my goal is to help each unit that I work with to embrace the story of those figures as a critical step on the path to achieving our organizational mission.”

“In poetry, we use language and in finance we use numbers, but in both cases the goals are similar: to tell a story that makes meaning of the environment in a way that comes alive for the audience. At the Wilder School, my goal is to help each unit that I work with to embrace the story of those figures as a critical step on the path to achieving our organizational mission.”

Shutt joined the Wilder School fiscal office in February in a new position designed to provide support for faculty externally funded research activities and the CPP. Her role addresses an important need for the school that includes assisting the CPP's five divisions with post-award grant management, accounting and forecasting.

Shutt said she enjoys the camaraderie between fiscal team members and the open door policy she’s observed among colleagues. She described the pace of the work as a challenge.

“There are a lot of moving parts, especially with regard to grant management,” said Shutt. “Our centers have a lot of short-term grants, so there are times when it can feel as if you are on a carousel…moving faculty members on and off of grants.”

To cope with life’s occasional stressors, Shutt turns to her other passion—competitive running.

She began running a little over five years ago during her last semester of graduate school in Spokane, Washington. In an effort to manage her growing concerns about “graduating with an M.F.A. in Creative Writing in a market saturated with M.F.A.s in Creative Writing, in a field with limited tenure track positions,” Shutt said she began walking in her scenic South Hill neighborhood.

One day, said Shutt, a “jack in the box went off” in her gut as she realized that she could run as easily she had always walked. Short bursts of jogging turned into laps. Laps turned into 5k races and eventually 10k races became a half marathon. Last November, Shutt completed the first of what she imagines will be a series of full marathons.

“Running is the best meditative, decompressing feeling in the world,” she said.

The only thing better than running, added Shutt is the path that led her to it.

“I could not have picked a better origin story: It wasn’t low stakes, it was literally no stakes. I didn't time myself. I didn't know anything. I had terrible shoes. I was just doing it because it felt right.” 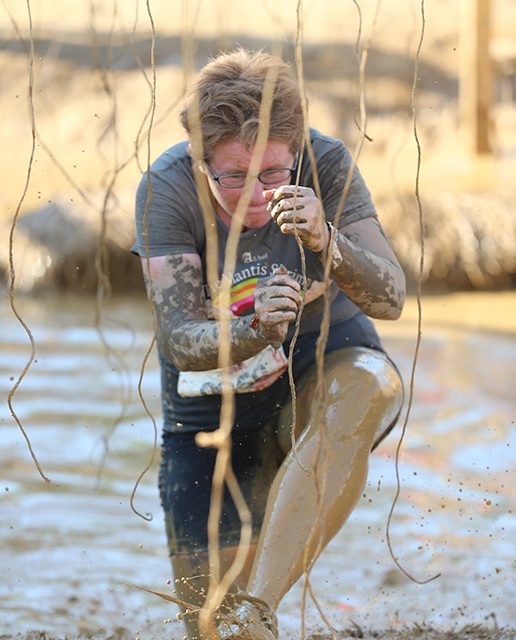 During the five-hour course, Shutt propelled herself and her fellow team members in 92 degree weather through a 10 mile trek that included obstacles with names like Everest 2.0, Electroshock Therapy, Cage Crawl and Blockness Monster.

“It was very different from an individual race,” said Shutt.

“It wasn’t timed and there are no rankings. It's all about team work and community and just sort of facing fears and rising to different challenges. I wasn’t competing with myself in the same way that I might during an individual race but it was insanely fun.”

Still, Shutt enjoys the pleasure of competitive running and says she’s learned a lot from racing. She cites learning to control her nerves and learning to harness her energy and concentration as examples.

“I think about running as a metaphor a lot, especially this time of year as we approach fiscal year-end,” said Shutt.

“It can be kind of rollercoaster but it’s also that time of year where you can’t undo what’s been done. You’ve got to know how to lock-in and trust that what you’ve done is solid up until this point…and then…just glide.”

Danielle Shutt is a double Ram who earned an undergraduate degree in English and a double-major in Psychology and Women’s Studies at VCU. She completed her undergraduate career while working as a student worker at the Richard T. Robertson School of Media and Culture. Prior to joining the Wilder School, Shutt served as a program coordinator for the Department of Art Education within the VCU School of the Arts and as a financial operations assistant for the Robertson School. ­­