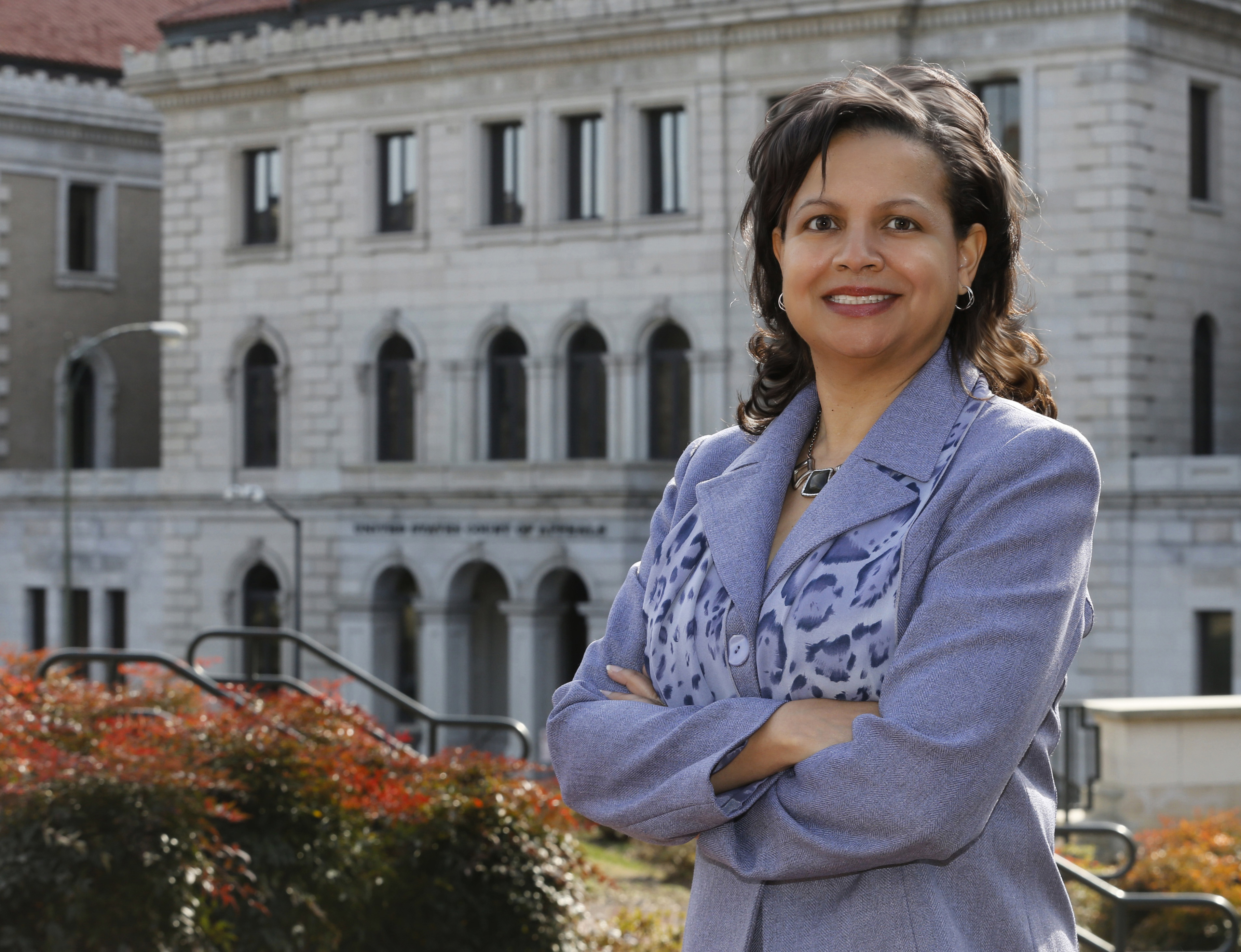 Nearly 1,300 scholars and practitioners from across the nation will gather in Atlanta for the 2017 American Society of Public Administration Conference this week, and the Wilder School will have a towering presence at the country’s preeminent conference for public management.

Over the past several years, Wilder School faculty and students have served in key leadership roles within the association. Their dedication and commitment to ASPA, which boasts the largest and most diverse membership of any professional public management association, has left an indelible mark on the field while advancing the reputation of the school.

Gooden, whose previous leadership included service on ASPA's National Council and section chair of the Section of Public Administration Research, ­­­­has focused on maintaining ASPA’s commitment to improving public administration teaching and practice.

During her presidency, Gooden expanded support for global collaboration around research and social exchange for emerging scholars through the International Young Scholars Workshop and expanded ASPA’s reach through the growth or reinstatement of seven new chapters in Alabama, the Bay Area, Central Virginia, Colorado, Houston, Kansas and Oklahoma.

She also led the recruitment of a new editor-in-chief for Public Administration Review, the association’s top-ranked professional journal. Along the way, Gooden was ably supported by Wilder School colleague and 2017 conference co-chair Lindsey Evans. Evans is a senior research associate, doctoral candidate and a former student representative of ASPA’s National Council.

One of the most notable events of the five-day conference will be the Elliot Richardson Lecture presented by Governor Wilder on Sunday, March 19. He will discuss “Public Policy and America Today” at the Capital North Center of the Atlanta Sheraton from 3:30-5:00 p.m.

Liebert has also been tapped to serve on one of the conference’s high-profile Presidential Panels. She will examine the impact of recent immigration policy on street-level bureaucrats during a panel moderated by former ASPA President and Federal Salary Council Chairman Stephen Condrey, Ph.D., on Saturday, March 18.

In December, three current and former Wilder School students were named among the 25 graduate students and new professionals selected from a nationwide competition to become a 2017 ASPA Founders’ Fellow.

Sombo Chunda, Javon Davis and Yali Pang will each present their scholarship during the conference, receive substantial professional development and networking opportunities, and be paired with a seasoned scholar or practitioner who serves as a mentor throughout their fellowship year.

Chunda, a first-year master's student in public administration from Chipata, Zambia, was recently honored by the Zambian Society for Public Administration with the Young Public Service Leader Award, the nation’s highest prize for civil service.  Chunda was recognized for her leadership at Diakonia, an international development firm, where she led the first-of-its-kind collaboration among the government of Zambia, the mining sector and 16 civil society organizations operating in the nation’s Copperbelt. She will be paired with Harvey White, Ph.D., a professor of public policy at the School of Public Policy at the University of Delaware.

Davis, a recent graduate of the master’s in public administration program from South Boston, Va., is ‌currently a first-year Cookingham-Noll Management Fellow for the Kansas City, Mo. The highly competitive program is part of a two-year experience during which Davis will work in the city manager’s office, the Office of Performance Management, the budget office and other departments of their choice to gain a “360-degree tour of the city.” Davis’ will be paired with Rick Grimm, CEO of NIGP: The Institute for Public Procurement. Davis is a former Wilder Graduate Scholars Fellow.

Pang, a second-year doctoral student in public policy and administration from Guangxi, China, was selected to participate in the Fifth Annual International Workshop for Public Policy and Administration Scholars in Cape Town, South Africa. For the past year, Yali has been a part an award-winning research team examining the role of African-American led nonprofits in improving youth outcomes. Pang will be paired with Roseanne Mirabella, Ph.D., a professor of political science at Seton Hall University.

Two Wilder School doctoral students—Suparna Dutta and Brittany Keegan—will also be presented with the David Gould Scholarship at this year’s conference. The scholarship provides graduate students in the fields of public administration, public policy and/or international development, with support to attend ASPA’s annual conference. The award honors former ASPA member, David Gould, who was killed in the Lockerbie airplane bombing on his way home from conducting research in the Democratic Republic of the Congo.

‌ASPA’s membership of 7,500 practitioners, academics and students, represents every level of government as well as nonprofits, and every major function and substantive area that exists in those sectors. ASPA is dedicated to advancing excellence in public service. As a focal point for intellectual and professional interaction, ASPA serves as an important catalyst for linking theory and practice within the profession of public management.