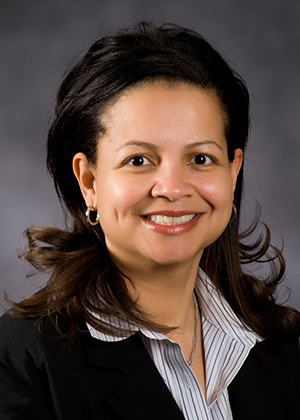 Susan T. Gooden, Ph.D., professor of public administration and policy at the Wilder School, has received a $50,000 presidential research award from the Russell Sage Foundation along with Samuel L. Myers Jr., Roy Wilkins Professor of Human Relations and Social Justice at the University of Minnesota’s Humphrey School of Public Affairs.

This funding will be used to support a co-edited issue of the Russell Sage Foundation Journal of the Social Sciences and an associated conference. The title of the issue is, “The Fiftieth Anniversary of the Kerner Commission Report.” The foundation, founded in 1907, dedicates itself to strengthening the methods, data and theoretical core of the social sciences as a means of diagnosing social problems and improving social policies.

The year 2018 will mark the half-century anniversary of the report. President Lyndon Johnson established the commission in 1967 in the wake of successive summers of racial violence in the United States. The National Advisory Commission on Civil Disorders became known as the Kerner Commission in deference to its chairman, Otto Kerner of Illinois. Roy Wilkins was one of the original members of the commission.

The Kerner Report attributed the causes of urban violence to white racism, and the neglect and isolation it produced for African Americans. The basic conclusion of the report was, “Our nation is moving toward two societies, one black, one white—separate and unequal.”

Recent episodes of civil disorder and violent protest in American cities related to police violence and elections suggest comparisons with the 1960s protests.

Last October, the Wilder Symposium on Race and American Society examined the legacies of the Kerner Commission report and what they mean for race and ethnic relations in the United States today. The daylong symposium looked at the report’s findings and recommendations and discussed the extent to which the recommendations were followed, or neglected, and assessed their impact on current politics and policy.