Understanding the needs of victims of domestic abuse is more than a passion for Amanda Goodson, Ph.D., an assistant professor of criminal justice at the L. Douglas Wilder School of Government and Public Affairs at Virginia Commonwealth University. It’s a way to transform law enforcement culture through empathetic response.

Goodson’s research takes a broad look at victimization and victimology, specifically assessing the institutional response of criminal justice agencies to victims of domestic and sexual violence, often referred to as intimate partner violence. She examines how police provide services to victims and pursue suspects. Victim, rather than survivor, is the term used by researchers in the field of victimology as it includes the experiences of those who survive intimate partner violence and those who do not.

And her latest research focuses on equity for these individuals, including how location and socioeconomic status affect what resources are available to them.

Goodson is curious about how the decision-making process moves cases through the criminal justice system. What are the best ways to respond to a victim of intimate partner violence? How does this response differ from victims of other crimes? How can legal systems become more effective in prosecuting abusers?

Decades of progress for victims

Though it is a continually evolving process and varies greatly based on available training and resources, Goodson sees significant, systematic progression in police response to victims of intimate partner violence.

“We have to always look at the history and kind of contextualize it in the time frame and the time period,” Goodson said. “We know that prior to the 1970s, there were no laws really against domestic violence in a sense of outwardly labeling domestic violence, intimate partner violence and sexual assault as those types of crimes. The historic lack of rights for women led to repressive social perceptions that influenced lawmaking. Domestic violence was not generally viewed as a type of crime that should be warranted attention by formal intervention methods like the criminal justice system.”

During the women’s movements of the 1970s, organizations began to emerge in the community and provide direct services to victims of domestic and sexual violence. These resources included counseling, legal resources, safety planning and access to shelters. Awareness campaigns helped women talk about spousal and sexual abuse in a public way for the first time.

Mounting public pressure led many states to pass domestic abuse laws, and over the next three decades, laws on stalking, sexual assault, child abuse and violence against women were passed at the national level. 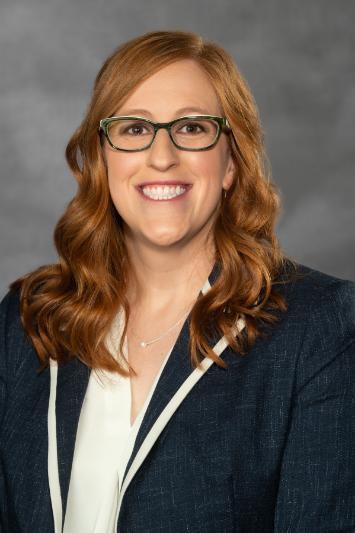 “I try to address social equity and diversity and inclusion in our research to look at what has been done,” Goodson said. “How can we add to the contributions? What are those gaps? Those gaps largely are based on the fact that we haven't assessed the experiences of a lot of minority populations.” –Amanda Goodson

Despite getting laws on the books and decades of cultural shift and advocacy, law enforcement agencies often lack the resources to train officers to respond effectively to domestic and sexual violence. Current research on best practices indicate that the best response is through a trauma-informed approach, which takes into account the trauma the victim has experienced. Trauma can affect a person’s memories at a biological level, Goodson said.

“A lot of chemicals and hormones are released in the body and we know that (these) fundamental responses can actually impact how victims behave as well as their ability to recall information,” she said. “Victims may be recalling all accurate information, but they're not recounting it or recalling it in the correct order.”

For an officer untrained in a trauma-informed approach, an unclear timeline might give the appearance that the victim isn't being really forthcoming or that they're changing their story. With proper training and an empathetic approach, an officer can recognize signs like this as indicators of intimate partner violence.

This informed approach not only aids the investigative process, but it helps evaluate a person’s safety through a “lethality assessment.” By reviewing a questionnaire with the person, the officer can determine the level of future risk of violence and abuse. If classified as high risk, the victim can be connected with services immediately. A careful evaluation like this can also serve as an educational tool for the victim, who might not have an objective awareness of their present danger or risk for continued violence.

Research has further demonstrated that officers who engage in a trauma-informed approach are more likely to solve and clear their caseloads. Empathetic approaches encourage victims to cooperate, which is especially important because in many cases they are the only witness to their abuse.

As a quantitative researcher, Goodson acknowledges that a lot of disparity still exists when it comes to reporting and responding to domestic and sexual violence. She notes that most of the domestic law reforms of the past were based on the experiences of heterosexual, middle-class, white women.

Part of Goodson’s research has been to understand nontraditional voices that have gone largely unheard. Her research pays specific attention to the experiences of individuals who identify as LGBTQ as well as Hispanic and immigrant women who may be non-native English speakers. The data suggests that women of color experience higher levels of intimate partner violence.

“I try to address social equity and diversity and inclusion in our research to look at what has been done,” Goodson said. “How can we add to the contributions? What are those gaps? Those gaps largely are based on the fact that we haven't assessed the experiences of a lot of minority populations.”

“Services that are provided to victims drastically differ based on the type of department and resources,” Goodson said. “If you have an officer who is in charge of an entire county versus an officer who's in charge of a beat or a neighborhood, you're going to have very different responses.”