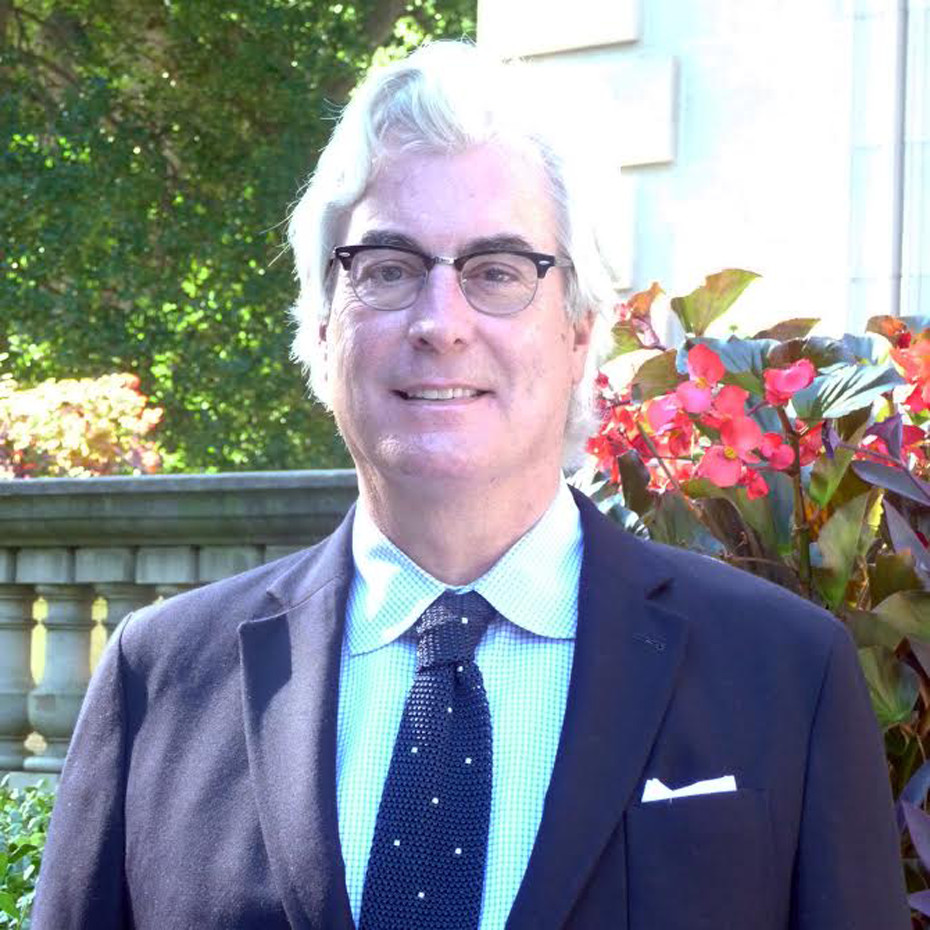 Before he was a titan of economic development, Greg Wingfield (B.S., ’74, MURP, ’76) was something else–a VCU student with boundless potential. That potential was recognized and nurtured by faculty members like T. Edward Temple, the commissioner of administration under Governors Mills E. Godwin and Linwood Holton. A highly respected public servant and administrator, Temple would eventually become the second president of the university.

But in 1973, Temple was simply a mentor and fellow commuter. The two met that year when Wingfield was a third-year planning student and an intern at the Division of State Planning and Community Affairs, where Temple served as director. While they didn’t mix much at the division’s offices, the pair met frequently on the open road.

“Without a car, I was left to hustle the 12 blocks from my internship, which ended at 3 p.m., to my 4 p.m. evening class, either by city bus or by hitchhiking,” Wingfield said.

It was during these haphazard commutes that Temple, who moonlighted as an instructional faculty member in the early years of the VCU planning program, began to encounter Wingfield on the route to campus.

“I guess he picked me up one too many times,” said Wingfield. So, Temple insisted that Wingfield stop thumbing it and began driving the 22-year old each day to class.

“So all of a sudden Ed Temple is driving me to class. It’s as astonishing to me now as it was at the time,” Wingfield recalled. Those 10-minute rides were a lesson for the young Wingfield in the importance of mentorship and the spirit of generosity it inspired.

“I’ll never forget how engaged he was and how he much he seemed to care about me and my aspirations. I was on the edge of my seat for the details of his day but he was far more interested in the development of others.

“It didn’t matter what his day had entailed, he was always asking the same two questions, in different ways: What are you interested in and what are we doing in the department to support you? I was just amazed that someone of his stature would take the time to do that. I’m still touched by it.”

Stature is something that Wingfield himself, now 64, possesses in spades.

As the recent past president and CEO of Greater Richmond Partnership (GRP), Wingfield’s career includes more than four decades of distinguished service in planning and economic development at various state and regional agencies.

Wingfield is best known for his leadership of the regional economic development agency the Greater Richmond Partnership, Inc., which he led from its infancy in 1994. During his 21-year tenure at the partnership, the organization had a hand in recruiting some 450 companies to the region. Those companies, such as Altria Group Inc., MeadWestvaco (now WestRock) and Genworth, have made $10.7 billion in capital investment in Richmond as well as Chesterfield, Hanover and Henrico counties.

With that kind of success, Wingfield has garnered several awards including the Jeffrey A. Finkle Leadership award from the International Economic Development Council (IEDC), an honor reserved for executives who have led the same organization for at least 15 years.

Still the thing he’s most proud of, said Wingfield–who stepped down from GRP last December–is, “without question, the creation of jobs.”

The diversification of the regional economy and the addition of more than 65,000 new net jobs are among the partnership’s most significant achievements. Many of these jobs were opportunities focused in industries suspected to drive growth, including finance, business services, health care, logistics and manufacturing.

“Economic development is a team sport. It takes the dedication and commitment of numerous professionals, partners and localities. For that reason, I have rarely reflected personally on any specific measures of GRP’s success.”

“But job creation is probably the one exception to that rule. Attracting quality companies and well-paying jobs and cultivating a business climate that would support those jobs–that’s really been the primary focus of my career.”

Wingfield said it was this goal that often fueled him through an intense schedule that included an exorbitant amount of air travel (about 100 days away each year) and time away from his wife of 34 years, Patricia; son, Hall; and daughter, Caitlin.

“That kind of travel time requires purpose. For me it was the impact of job creation, which above all, matters to each and every person who needs a job.”

These days, Wingfield is making a different kind of contribution.

In July, Wingfield was appointed a Fellow at the Center for Public Policy. In this new role, he works closely with the Center of Urban and Regional Analysis to expand the reach of the institute among the region´s policymakers and relevant organizations. Wingfield also consults with the senior leadership team on a wide range of activities aimed at engaging alumni in the life of the Wilder School and supporting the school’s development team to advance its mission.

Wingfield’s current role is just one way that he has given back to the Wilder School. In 2012, he led the campaign to establish the Morton B. Gulak Fund in Urban and Regional Planning, and he serves as a member of the school’s Excellence in Virginia Government Awards steering committee.

Wingfield was exceptionally close to Gulak, an associate professor, architect and planner who served the university for more than 40 years. Gulak was both a mentor and employer to Wingfield throughout his time at VCU. In fact, it was a series of odd jobs for the Gulaks–the renovation of a house and the occasional babysitting gig for the family’s two children–that helped Wingfield to pay his way through school.

“I think it’s critical that alumni and others support this place because it is so unique. I tell people all the time that the best thing about my education was its perfect union of theory and practice,” he said.

“The VCU curriculum has always been and will always be committed to providing students with a real world perspective. For me that perspective include exposure to knowledgeable, caring full-time faculty like John Moser and Mort Gulak who provided a solid foundation and was complemented by professors of practice like Ed Temple. These are individuals who have just worked from 8-5, and are willing, in fact passionate, about preparing the next generation for the challenges that lie ahead.”