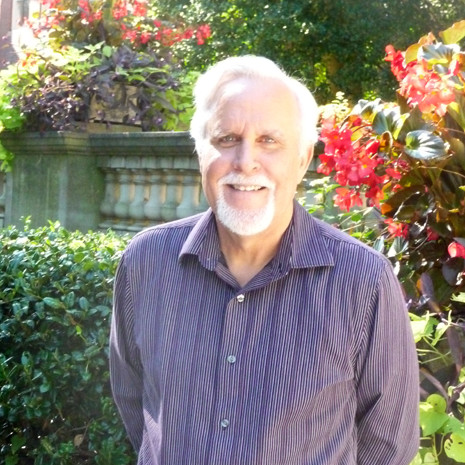 For Jim Keck, an assistant professor at the VCU Wilder School, disaster management is a noble profession.

“Emergency managers are like the knights of the roundtable,” said Keck.

“Often when we think of disaster management, we think of response personnel, such as fire and police. But an emergency manager is the critical, behind-the-scenes architect of any large-scale recovery effort.”

“These are trusted public servants–trained professionals–who understand the political and socio-economic nuances of disasters, and work at a higher level to ensure that first-responders have the tools and support that they need to protect you and me. That’s why what we do to prepare our students is so vitally important. Because when they leave our classrooms, our students will literally have in their hands the life or death of people that you and I may know.”

“Emergency managers are like the knights of the roundtable. These are trusted public servants–trained professionals–who understand the political and socio-economic nuances of disasters and work at a higher level to ensure that first-responders have the tools and support that they need to protect you and me.”

If Keck seems intense about his role, it’s because he knows a thing or two about the nature of a response-oriented profession.

Keck spent the first 21 years of his career in the Medical Services Corp of the U.S. Air Force, where he held various roles in health administration, including CFO, CIO and director of ambulatory care. Throughout his military career, he traveled extensively–living in Germany, Turkey and Saudi Arabia–where he was the chief medical administrative officer at Dhahran Air Force Base.

“I learned a lot from my time in the military and most importantly, I believe it had an enormous impact on my professional disposition. I had so many jobs and changed roles so often that I developed a real need for new challenges. That need drives me to this day.”

Keck retired from the Air Force in 1994, accepting his first civilian post as chief administrator for the Dalton Oncology Clinic at MCV before segueing into state government a few years later, first, as an assistant administrator and director of asset management and later as assistant state director of security and emergency management for the Virginia Department of Transportation (VDOT).

At VDOT, Keck was responsible for the administration of the agency’s $1.3 billion dollar budget and ensuring the continuation of essential functions following 9/11.

“I had been involved in continuity planning throughout my career but 9/11 was certainly a game-changer. For example, prior to that attack anyone could access the plans for a multitude of bridges and tunnels in the commonwealth. One of our first acts as an agency was to develop a new security and emergency management division to bring up some of the policies and capabilities that we needed to face similar threats. The new division was responsible for developing interventions to ensure things like structure protection, personnel surety (a process designed to provide enhanced verification of individual identity) and continuity of operations, many of the things that are key elements of homeland security today.”

As assistant director, Keck headed the development of the new division as well as infrastructure and cyber security initiatives designed to ensure the protection of proprietary, sensitive and personal data. He spent the last four years of his government career at the Virginia Department of Emergency Management as a deputy. It was the penultimate role for a consummate administrator; Keck oversaw half the agency’s 130 employees, and directed everything from finance to mitigation and recovery. He also worked closely with the governor’s office and the General Assembly on the development of legislative bills and state policy.

Today, Keck is an active member of the Wilder School faculty. It’s a job that satisfies his personal need for variety–“every semester the students, their needs and the challenges differ”–and allows him to give back to the profession in a tangible way. He teaches four undergraduate and graduate classes each semester, including two service learning courses on emergency and incident management. Each class benefits from his extensive network of industry contacts, who serve as frequent guests and contributors.

As an instructor, Keck emphasizes critical thinking through applied work and simulation, a skill that he described as the sine qua non of the profession. He does so by providing students with frequent, hands-on opportunities to create and critique emergency plans for various real-life clients. Participants have included localities, universities, hospitals and private sector businesses, such as Capital One and Dominion.

“It’s a win-win all around. It’s a win for the localities that lack the resources to pay for the expertise and consultation that our students can provide. And it’s a win for our students who graduate with experience that is equally if not more valuable that a technical understanding of the field.”

“The end result,” said Keck, “is that we improve the level of public safety in our surrounding communities while creating learning opportunities that produce sharper, more competitive professionals.”

“And,” mused Keck, “on a personal note, it’s helped me to figure out what I want to be when I grow up.”