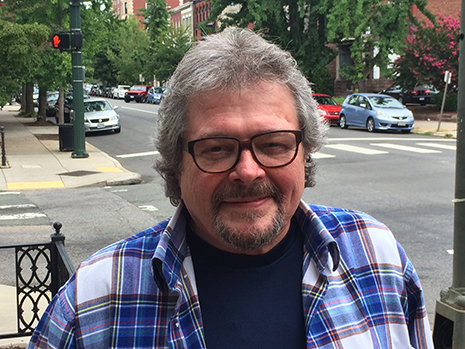 Richard Huff, Ph.D., sees public administration in action all around him.

“An array of professional public administrators work to provide and protect our quality of life every day,” said Huff, the chair of the Master’s of Public Administration Program at Virginia Commonwealth University’s L. Douglas Wilder School of Government and Public Affairs.

“They work as leaders at all levels of government—both nationally and locally—and in nonprofit agencies to ensure social welfare through education, health and welfare programs, food and drug regulation, providing public safety and national security, and more.”

Public administration looks out for the well-being of society and its citizens, he said. “It’s integrated into everything.”

Huff personifies the Wilder School’s commitment to public service. Raised in a military family, he joined the U.S. Air Force after high school. Upon completion of his service, he earned his bachelor’s in public administration from the University of Arizona and his master’s of social work from Arizona State University. Then he began a 26-year career with the federal government, starting with the Army as a social work officer and moving to the executive civil service, much of that time in Europe.

He spent the last seven years of his government career at Fort Lee outside of Petersburg, Virginia, before pursuing his doctorate in public administration at VCU. “My doctoral education made me appreciate the value of theory,” he said. “It helped me understand more deeply why things happened the way they did in my career. It was enlightening.”

“Teaching courses at the Wilder School in public administration is where I realized what kind of a contribution I could make by bringing the ‘real world’ into the classroom,” he said. “Many of the concepts in public administration are borrowed from the military, such as strategic planning, chain of command and organization by ‘line’ and ‘staff’ functions, to name a few.”

Public administration is a versatile degree, he pointed out, whether you work for local state or federal government, a nonprofit agency or the private sector. During his tenure at VCU, Huff has seen how important and valuable capstone projects are to students and how they can benefit the agencies with which they work.

“In public administration, we’re teaching and preparing new leaders in government and nonprofits,” he said. “I learn a lot from my students. They have so much breadth and depth.”