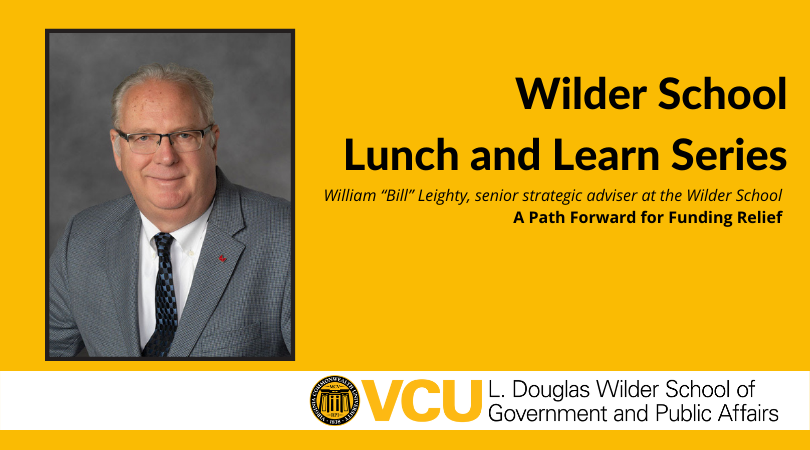 William “Bill” Leighty serves as the senior strategic adviser for the Wilder School and is managing partner for DecideSmart. From January 2002 until September 2007, he was chief of staff for Gov. Mark Warner and Gov. Tim Kaine, essentially serving as the chief operating officer of the commonwealth. He instituted a statewide performance management system for all agencies, and in 2005 and 2007, Governing Magazine named Virginia “The Best Managed State in the Nation.” Before that, he was the director of the Virginia Retirement System, where he led the agency to three consecutive U.S. Senate Productivity Awards. Leighty joined state government after serving in the U.S. Marine Corps. He graduated from Mary Washington College in 1978 and holds an M.B.A. from Virginia Commonwealth University.