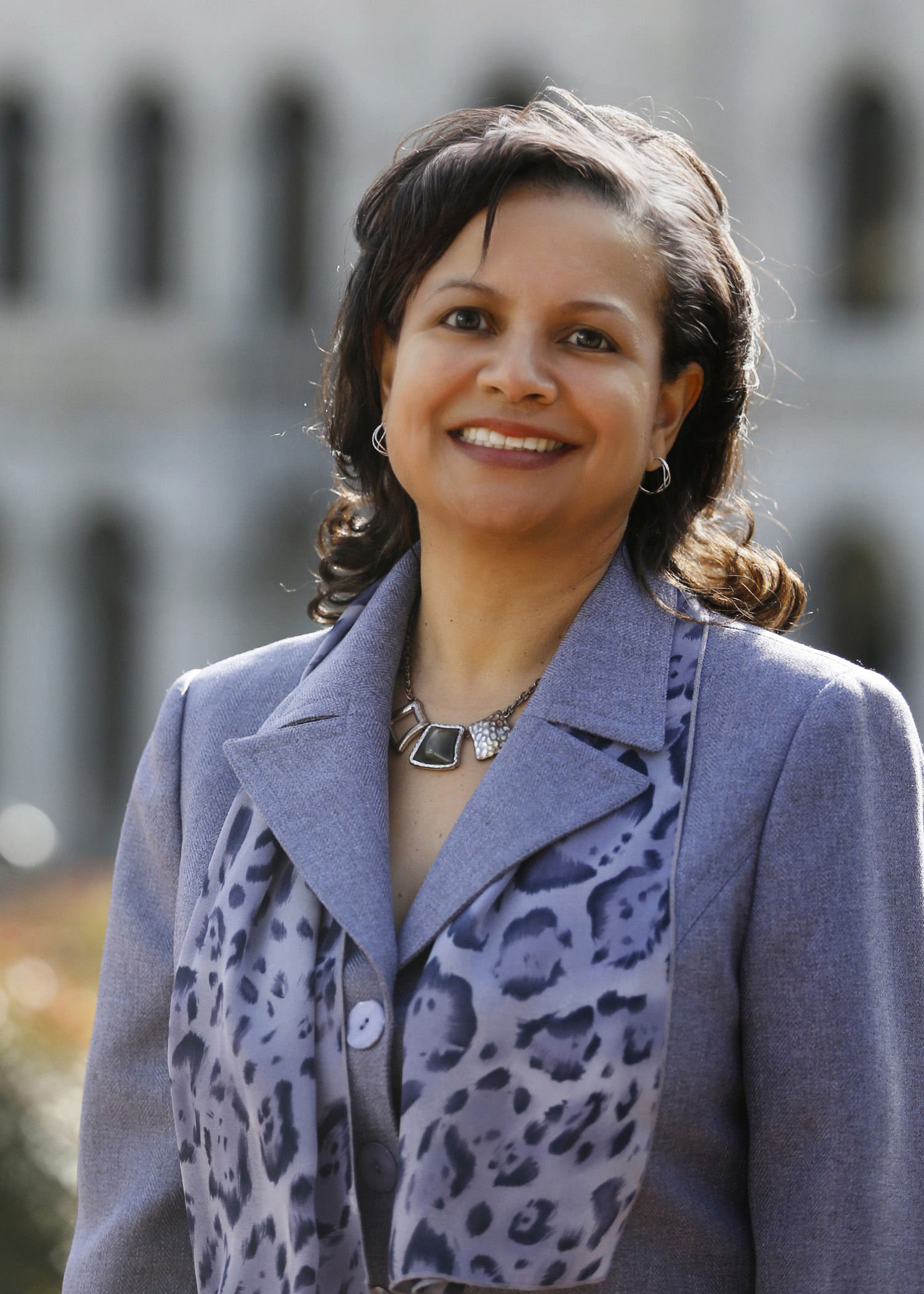 Susan Gooden, Ph.D., is a fellow of the National Academy of Public Administration and a professor of public administration at the Wilder School.

Although it’s been nearly 50 years since the Kerner Commission released its scathing review of U.S. race relations and the cataclysmic riots those relations inspired, Susan Gooden, Ph.D., a professor of public administration at the Wilder School, is still probing for answers.

Gooden is the co-editor of a journal symposium that will mark the semi-centennial of the report, which is due out in September. “The Fiftieth Anniversary of the Kerner Commission Report” is a specially commissioned volume of The Russell Sage Foundation Journal of the Social Sciences that will act as a collection of articles on the landmark investigation. Selected works will revisit report findings and recommendations in light of contemporary political realities, social structures and policy debates.

An instant bestseller that sold over 2 million copies at the time of its release, the Kerner Commission Report was a controversial 1968 document assembled by National Advisory Commission on Civil Disorders that offered a window into the roots of racism and inequality in the United States.

Named for Illinois governor and commissioner chair Otto Kerner, the report provided a detailed account of the origins of a series of riots in American inner-cities in the mid-1960s and concluded that America was "moving towards two societies, one black, one white; separate and unequal."

According to Gooden, the volume interrogates the current status of American race relations through scholarly papers related to themes outlined in the 1968 Kerner Commission Report: education, employment, housing, police-community relations and welfare.

Gooden and co-editor Samuel Myers, Ph.D., are focused on presenting an integrated volume that showcases original empirical research findings while exploring three central questions: what progress has been made; what worked and what did not; and what are the future implications for future policy makers?

Myers—who also holds the Roy Wilkins Professorship of Human Relations and Social Justice at the University of Minnesota, a chair named for the prominent civil rights activist who was also an original member of the Kerner Commission—recently gathered with Gooden in New York City for a private workshop held in preparation for the volume’s publication.

“The articles currently under consideration for ‘The Fiftieth Anniversary of the Kerner Commission Report’ reflect the exceptional talent and rigor of our candidate authors who include emerging and established scholars from a range of disciplines,” Gooden said.

Although candidates for publication must undergo additional peer-review for the next six months, tentative invitations have been extended to contributors from Duke University, the University of California Los Angeles, The New School for Social Research, Rutgers University-Camden and the Internal Revenue Service, among others.

For the past several months, Gooden and Myers have been pouring over the 426-page report, dissecting the oral histories of the original members of the commission and interviewing aides who were involved with the document’s preparation in an effort to inform the volume.

“For me, it’s been a hallmark of my academic career to reflect on this pivotal report. Reviewing the candid oral histories of those involved—several of which were completed near the time of the commission’s work—has been particularly fascinating. In many ways, I feel like the project has allowed me to hear from and participate in history through observations made in real-time.”

To celebrate the publication of the symposium, Gooden and Myers are organizing “A National Conference of the 50th Anniversary of the Kerner Commission Report” sponsored by the Russell Sage Foundation in Minneapolis Sept. 6-7.

Gooden, whose cutting-edge scholarship includes the publication of two books—“Race and Social Equity: A Nervous Area of Government” and “Cultural Competency for Public Administrators” and numerous scholarly articles—is an acknowledged expert on social equity and disparity studies.

She was recently tapped to serve as a panelist at a private “Upward Mobility Symposium” hosted by the Manhattan Institute. The event will explore many of the themes outlined in the Kerner Commission Report and will feature U.S. Secretary of Housing and Urban Development Ben Carson., M.D.